Marry Who You Love – Shame on You for Thinking Otherwise! 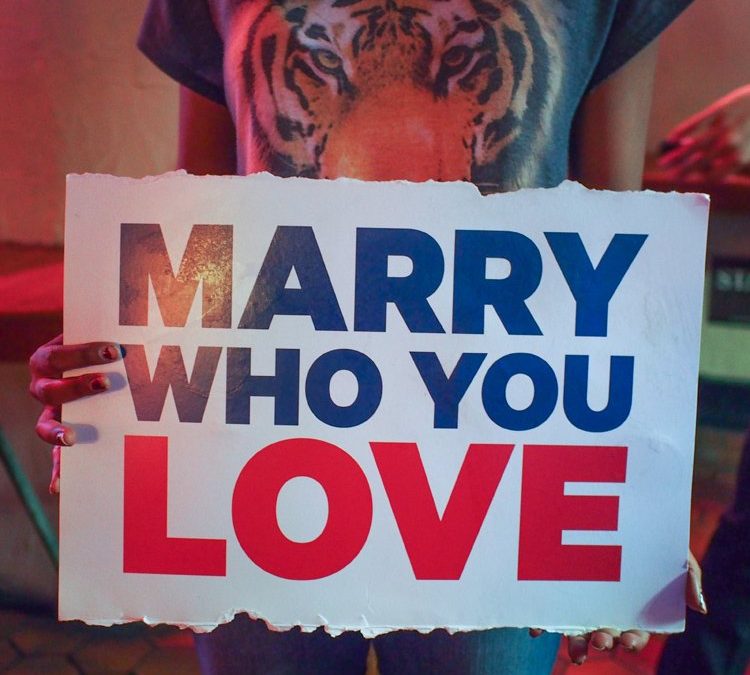 Throughout history there has always been a group, culture, race, or sex of people that is targeted by the “them’s” and “they’s” of the world. These are people who feel they’re superior and judgmental of the lives that others live. 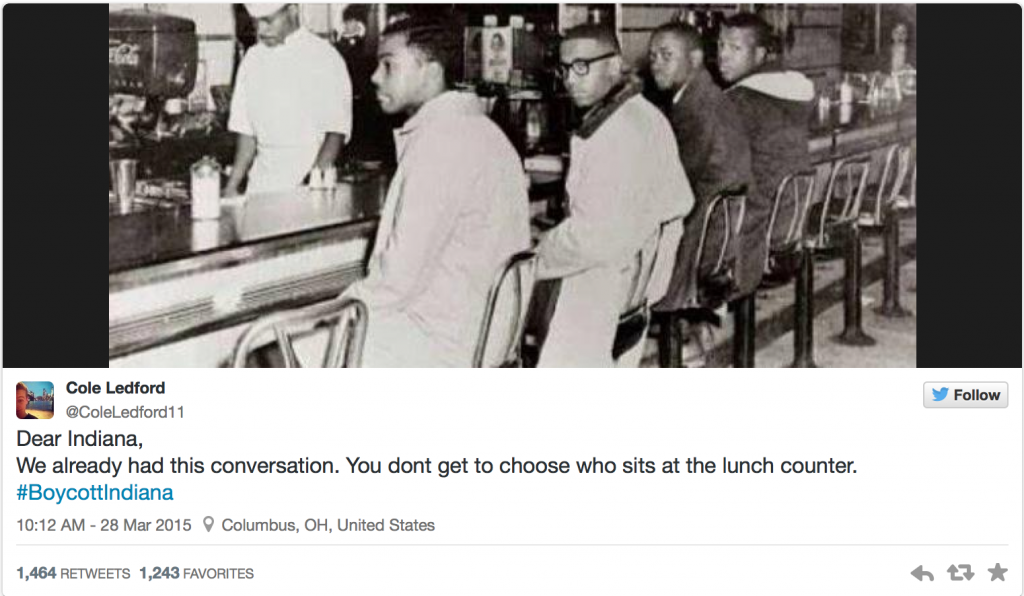 There was a time in our not so distant past where my parents’ relationship would have been considered a sin, illegal, un-recognized by our government, and even grounds for death. The truth is that 35+ years ago when their relationship began they faced their fair share of racism, judgment, and ridicule from the world around them. Please understand that I don’t say this naively thinking that we now live in a world free of racism, but I do believe that we live in a world where acceptance of inter-racial love is the majority (I realize that living in San Francisco makes slightly biased, but you get the point). I love seeing commercials (think Cheerios with the Caucasian Momma and the African-America Papa!), shows, and movies that cast families that look like mine. This is new or at least newish and it’s awesome. I love that of the 11 or so friends of ours who have had and are having babies, 9 are having little mixed babies. I love that I have freckles and a fro 🙂  We are a melting pot and it is beautiful.

This is a picture of my parents from years ago when they were young puppies in love and while they are no longer together their decision to #MarryWhoYouLove is and always will be an inspiration for me. 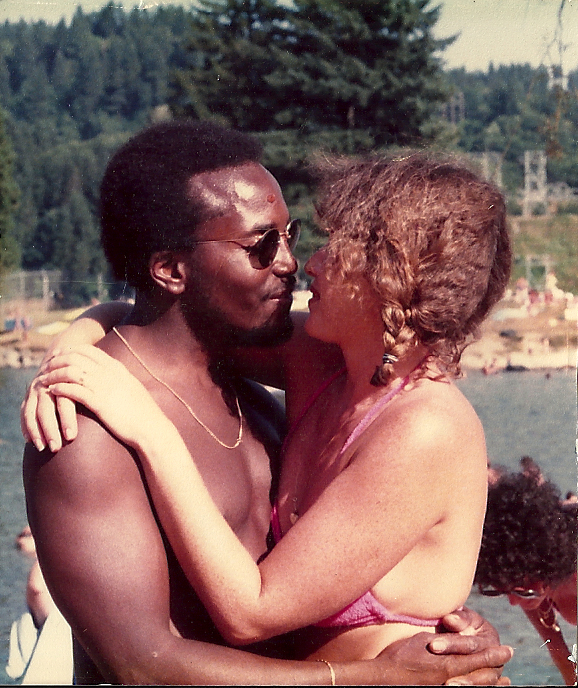 The point of all this rambling is that now we face a new challenge which is to allow every person the opportunity to “Marry who you love” and be treated with respect. I mean seriously, can the pervy government please get out of our bedrooms and focus their energy on the other current and problematic issues?

Want to know what keeps me up at night?

The drought, economy, the deterioration of our school system, the world my future children are going to grow up in, the environment, outer space, what social media is doing to our culture, for that matter, what technology is doing to our everything, the fast food nation, homelessness, the social services system, police violence…violence in general, the mass genocides happening all over the globe, #AllLivesMatter, #BrownLivesMatter . The list goes on and on and on. The thought that keeps coming back to me is, “What the hell are my tax dollars doing paying the salaries of men and women who spend their careers working to produce laws that I greatly oppose, like telling people who they can and can’t marry and where they’re allowed to purchase services.” Get it together!

I want us to remember that amazing day in June 2013 when the Supreme Court made history and overturned DOMA, finally acknowledging that marriage didn’t need defending, that it’s not a special club that gets to exclude people based who they are and who they love. Marriage is about bringing people together, making a commitment and spending your life with your partner (I should know, I’m a wedding photographer!). Marriage is beautiful, romantic, and all those things that make your palms sweat and your toes curl, but it’s also about sharing special privileges and legal rights with your person, rights that everyone deserves. Over the past year and a half, the United States has made some strides towards accepting a more open-minded future, but as of late it feels like we’ve zipped right back into the past.

Last month, Indiana Gov. Mike Pence signed a “religious freedom” bill into law. “The law asserts that the government can’t ‘substantially burden a person’s exercise of religion’ and that individuals who feel like their religious beliefs have been or could be ‘substantially burdened’ can lean on this law to fend off lawsuits.” CNN. What does this mean in layman’s term? It’s still a little foggy, but a basic understanding is that if a business owner feels that serving or selling something to a gay person or couple would go against their exercise of religion, then they can decide to deny the person/couple service based on their sexual orientation. Most of the examples given are for businesses that would have to provide services for a same-sex wedding, but where would this excuse of “burdening my exercise of religion” end? Jon Stewart mentions in his clever segment on the topic, “no one’s asking you to provide a gay product, just your product.” Seriously. This “burden” on someone’s right to exercise religion is vague and when supported legally opens the door for other interpretations of the law and similar intolerant laws to build off of its framework.

Indiana Is Not Alone

Although Indiana and Gov. Mike Pence are getting a lot of press, Indiana is actually the 20th state to adopt a “religious freedom restoration” law. Yes, the 20th! The extreme right is making ground in the United States and many are sitting back watching the show.

I’m Not A Protestor or Politician, So What Can I Do?

I know not all of us are outspoken, sign holding protestors, but there are things we can do to improve the situation of intolerance our country is in:

Push past the point of comfortable and have a conversation with people who have a different point of view.

It’s important to talk about our differences in beliefs because (mature) conversations often times lead to understanding. After understanding, respect and tolerance might follow. It’s a conversation that’s worth the risk.

Our history is happening right now. In 30 years, our kids will be learning about this period of intolerance. Make sure you’re actively participating, so that when they ask about it, you have something real to say and you weren’t just sitting on the sideline.  What kind of legacy do you want to leave behind?

These shots were taken the fabulous day that the Supreme Court overturned DOMA and the streets were filled with rainbows. The images exhibit hard working, loving citizens who deserve no less respect or rights than a governor from Indiana. Keep these people, my friends and colleagues, in mind when trying to decide if it’s worth it to participate.

For more information on this subject, check out my favorite; the fabulous NPR 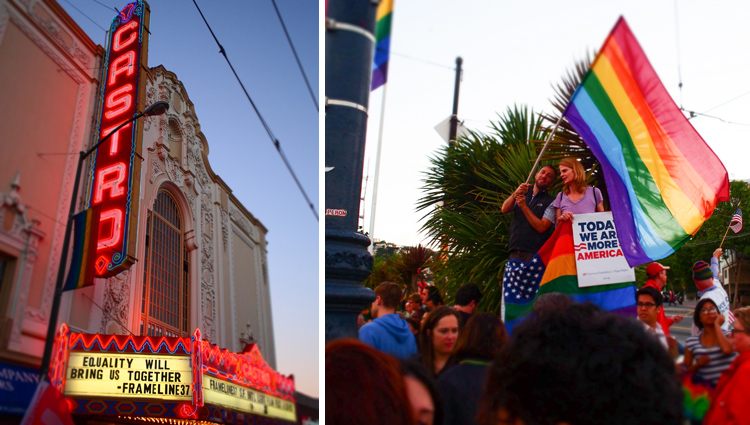 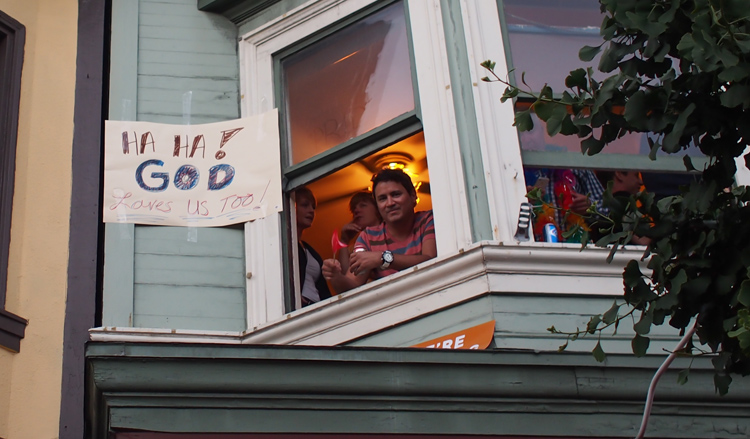 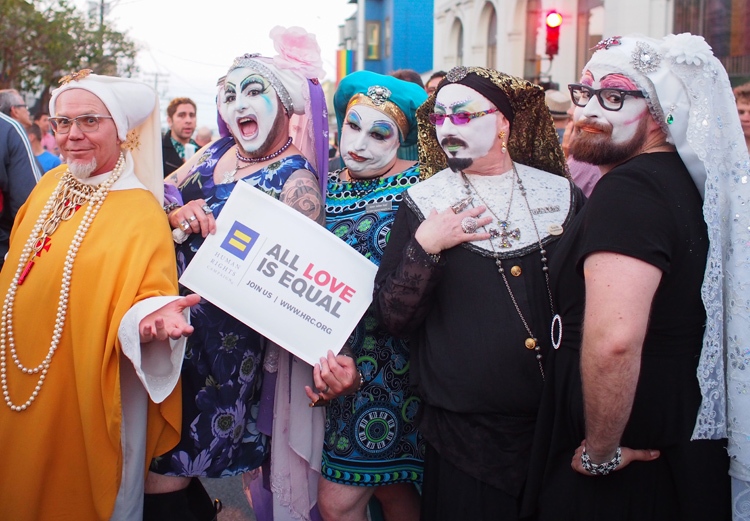 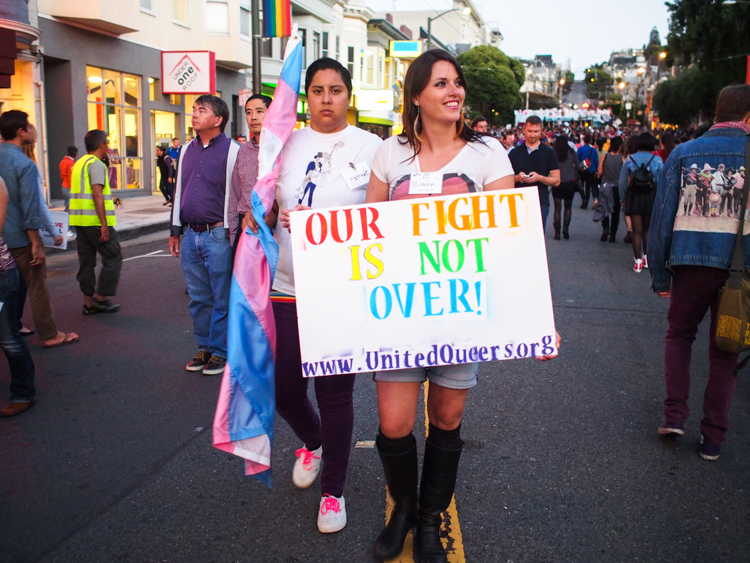 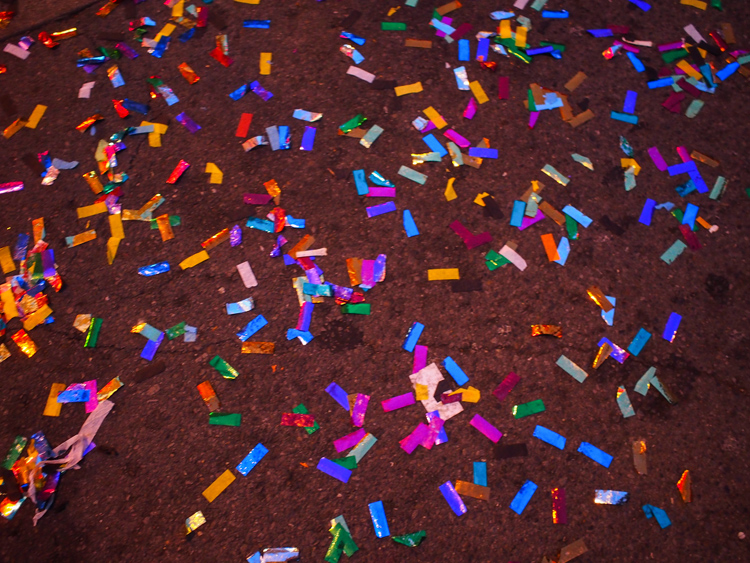