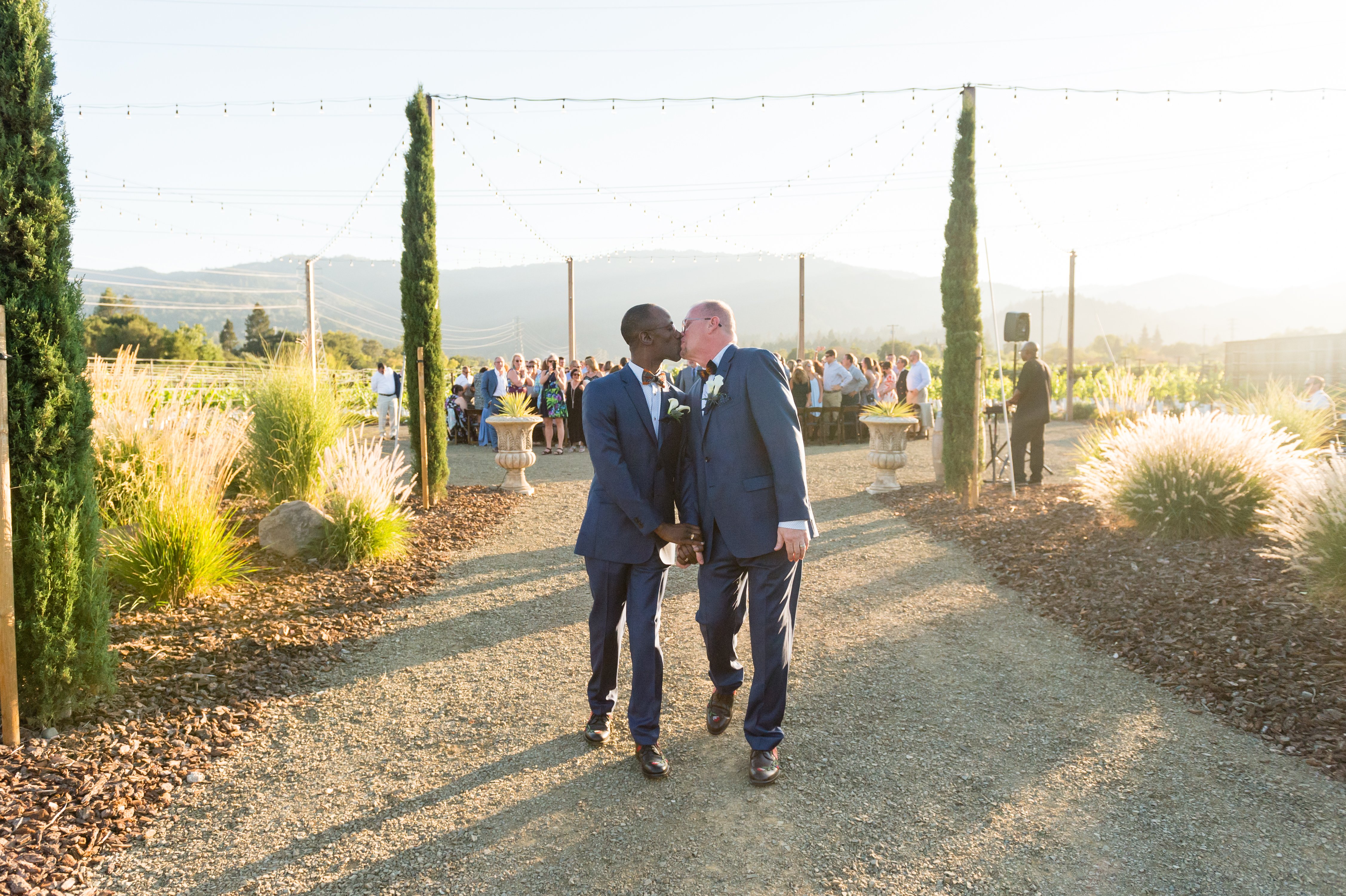 Not Quite A New Year’s Kiss

It starts in simpler times, New Year’s Eve 2011. President Obama was still in office and had just repealed Don’t Ask Don’t Tell. Instagram was barely a year old. And Kathryn Bigalow had just won Best Director for “Hurt Locker” (still the only female to win this category, but I digress). Anyway, it was good times!

Mr. & Mr. were at a New Year’s Eve party at a mutual friend’s house. Mr. recalls seeing a handsome man across the room. He wanted to get this mystery man’s attention, so he threw a biscuit at him of course. But the biscuit curved and hit another man. Then had to come up with a clever story to hide the fact that the flirtatious biscuit wasn’t actually meant for him.

The other Mr. says the story went more like, “My friends left the party early, leaving me not knowing anyone at the party. So, I went into the kitchen looking for the hosts and that is where I met Mr., who I would later find out was immediately smitten with me, so thus the biscuit story was born.”

In what was nearly a tragedy, they somehow left the party without a New Years’ kiss and without exchanging numbers, despite hitting it off. But as fate would have it, they met again two months later. They bonded over their love of wine while sharing an excellent bottle, exchanged numbers, and were on their way to falling madly in love.

These two looked so dapper in their matching suits by Ted Baker and their Gucci shoes. To give them each a touch of individuality and a pop of color, they wore unique feather bow ties by Brackish.

The theme of their Tre Posti wedding was “relaxed elegance” which they defined as, no jeans, but no neckties either. Everyone looked lovely!

The ceremony was everything you’d hope for in a winery wedding with a view that can’t be beat at many Napa wedding venues. There was beautiful weather with “I Do’s” right at Golden Hour—so the photos are epic!

Heartfelt speeches had both grooms in happy tears, and guests were completely caught up in the love these two shared. There was a lot of laughter between tears. These two truly have a special balance of love that’s easy to see and feel.

Their wedding coordinator, Christine Friedland, went above and beyond to make sure this was the perfect Tre Posti wedding day.

Since Mr. and Mr. first got to know each other by sharing their love for wine over an excellent bottle, they wanted to keep their drink of choice front and center throughout the day. So Christine made sure that no detail was spared from the custom wine bottle centerpieces to the magnum wine bottle “guestbook”, to their ceremony in front of the grapes.

At the reception, DJ Tony Sparks had everyone on the dance floor. There was a circle dance to “That’s Amore,” a crowd-pleasing rendition of “Sweet Caroline” by cousin James, and the pièce de résistance—Mr.’s epic dance routine to Beyonce’s, “Love On Top.” The entire night was a swinging party, and luckily no biscuits were harmed or thrown.

Congrats Mr. & Mr.! I wish you many more bottles of wine and epic dances in the years ahead! 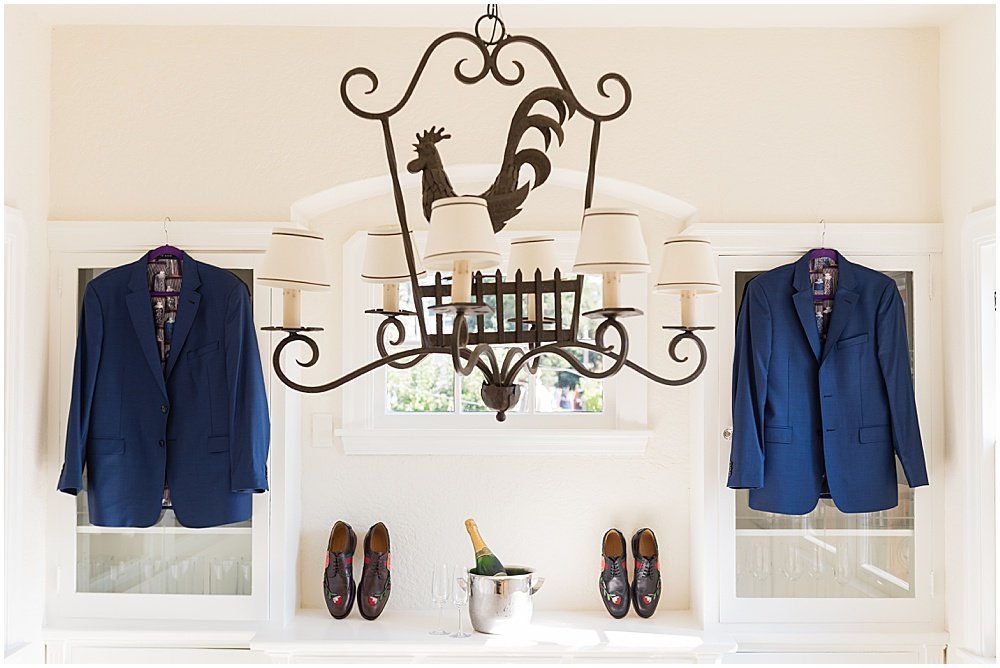 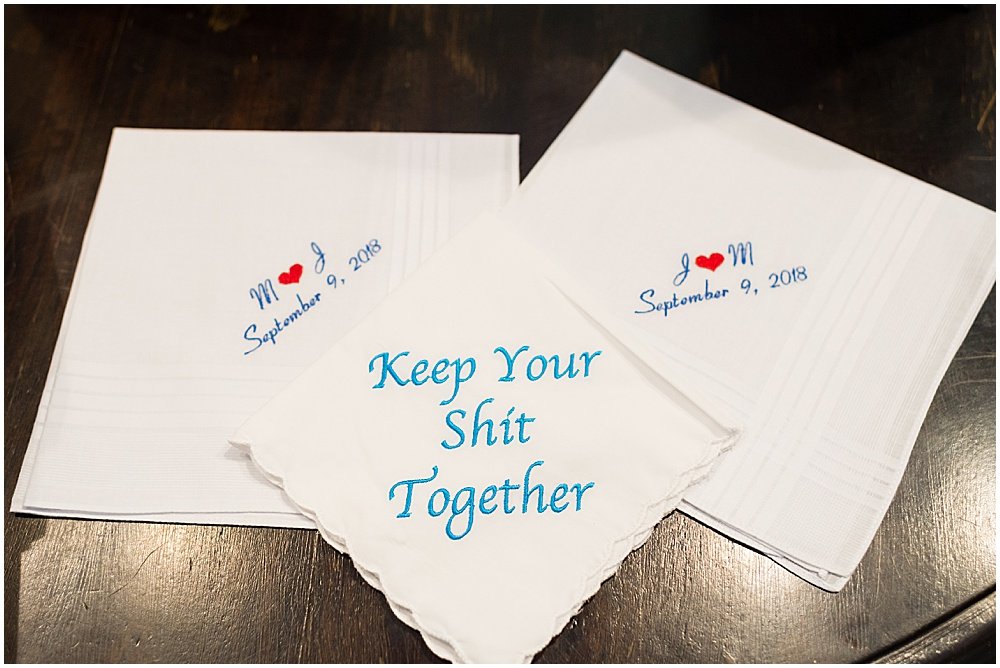 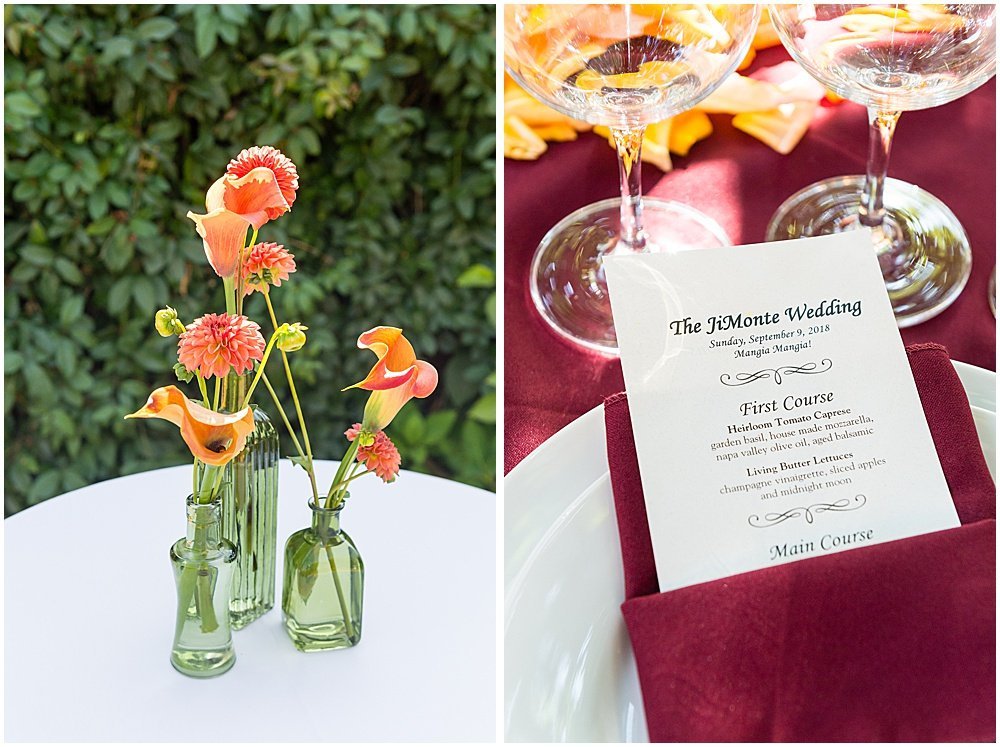 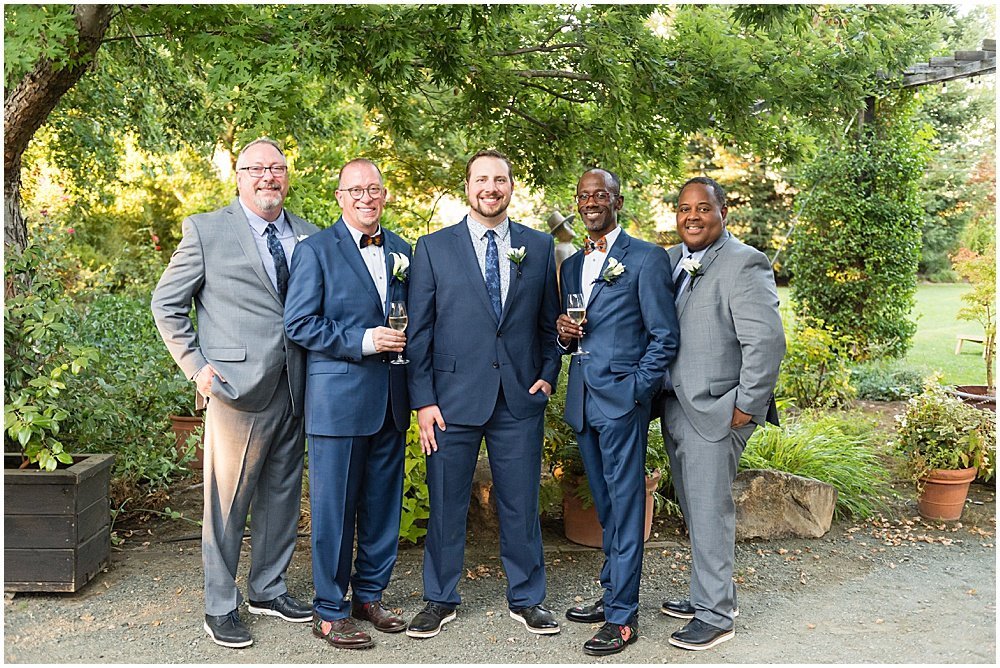 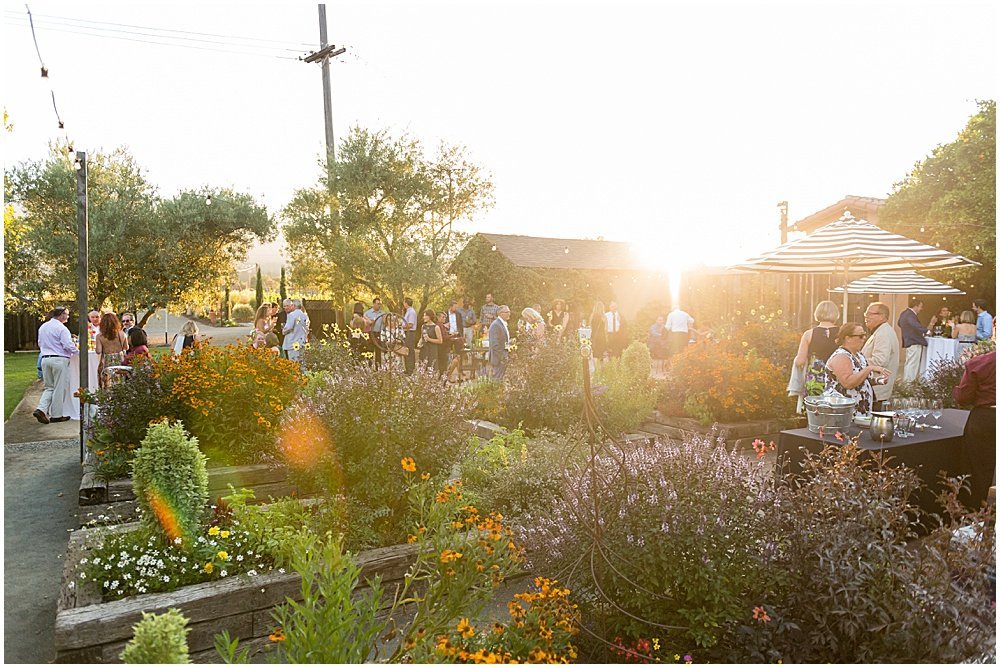 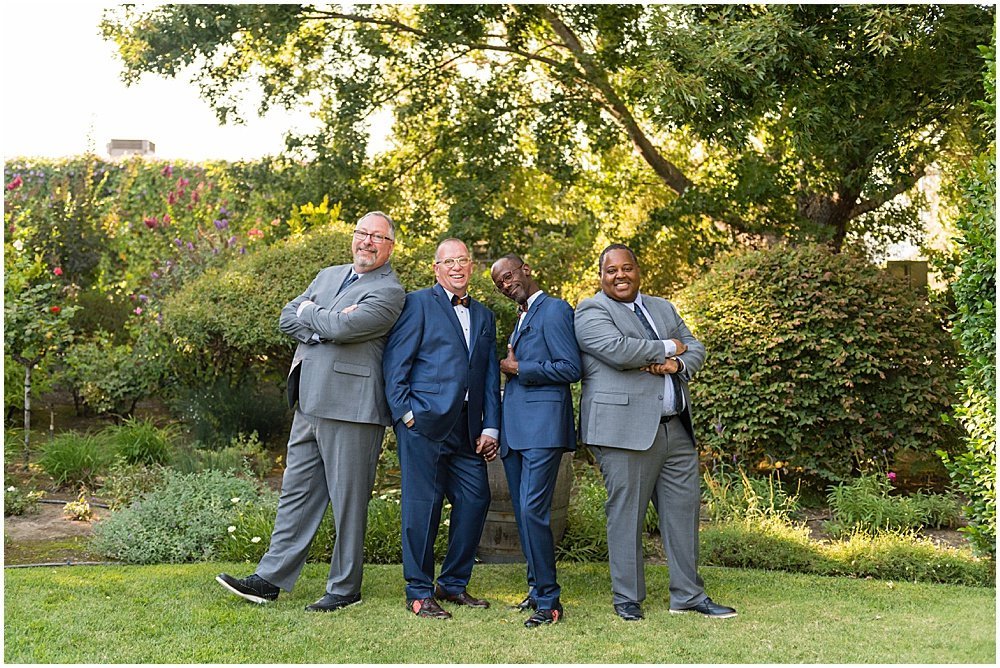 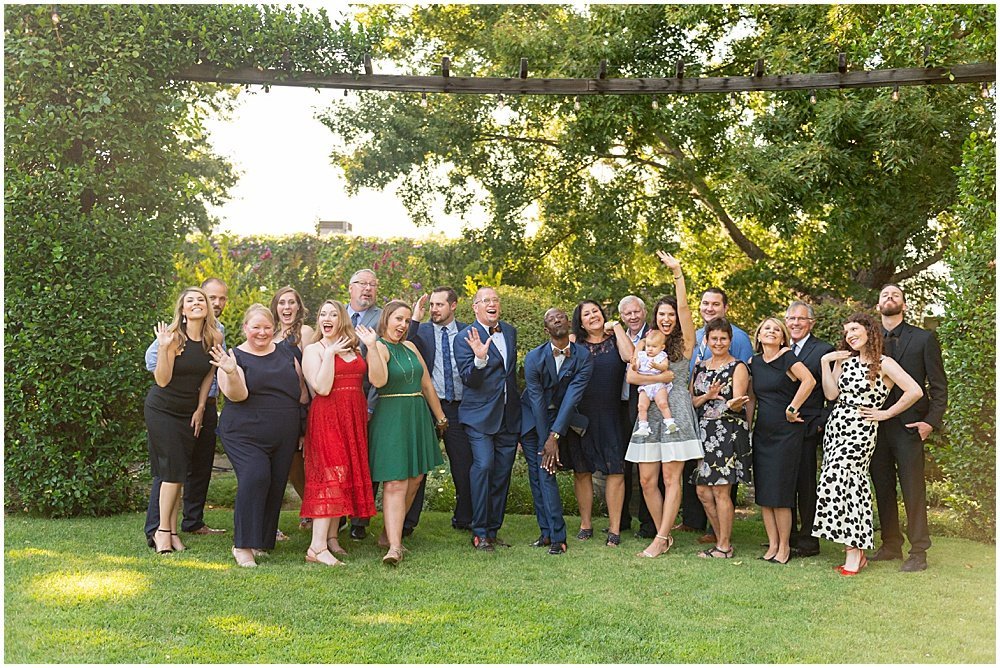 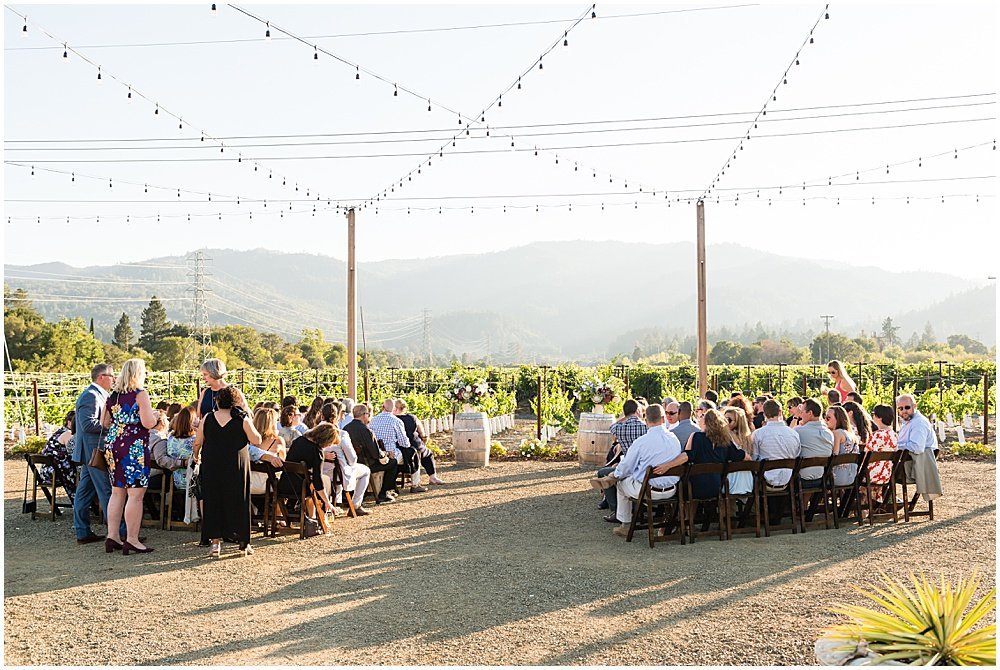 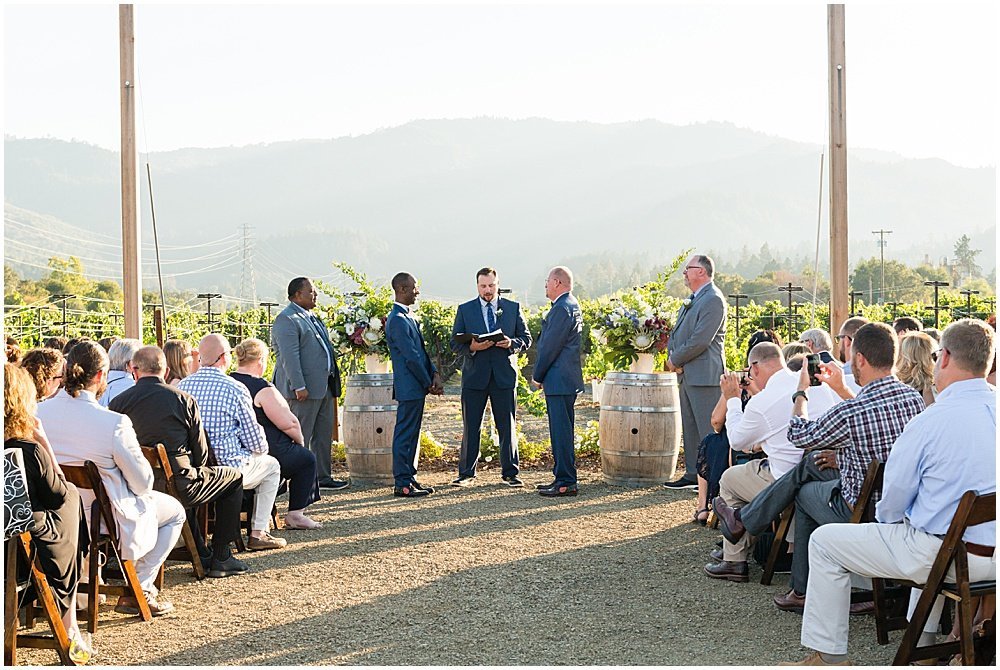 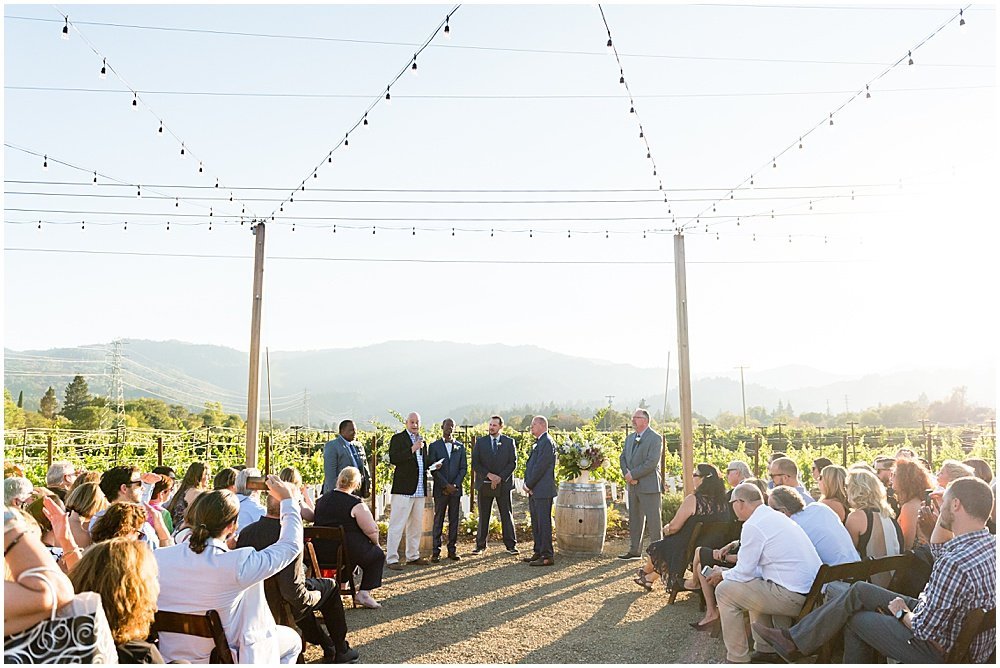 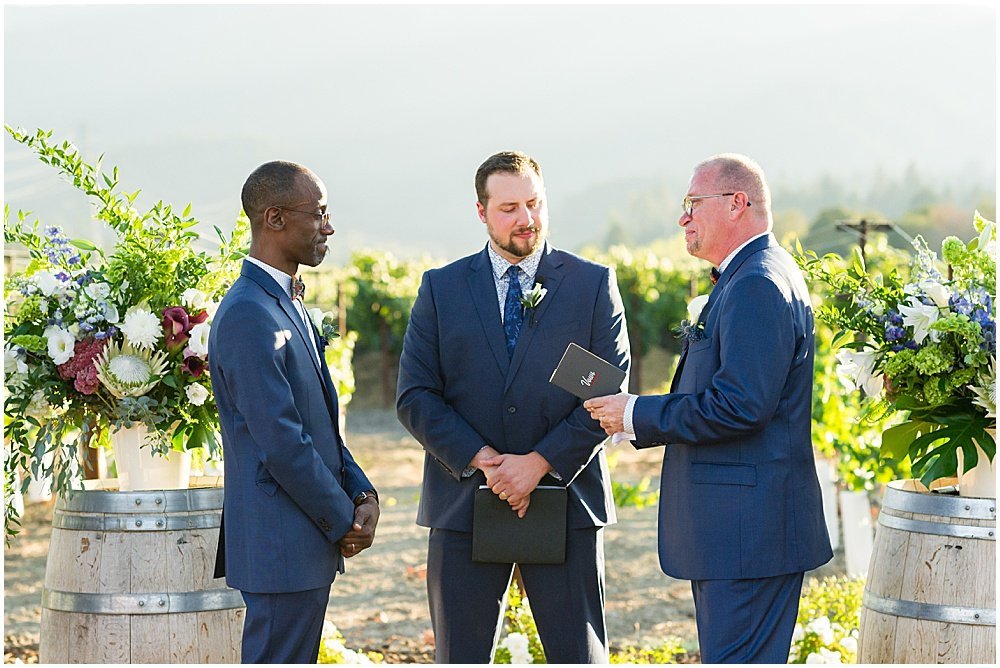 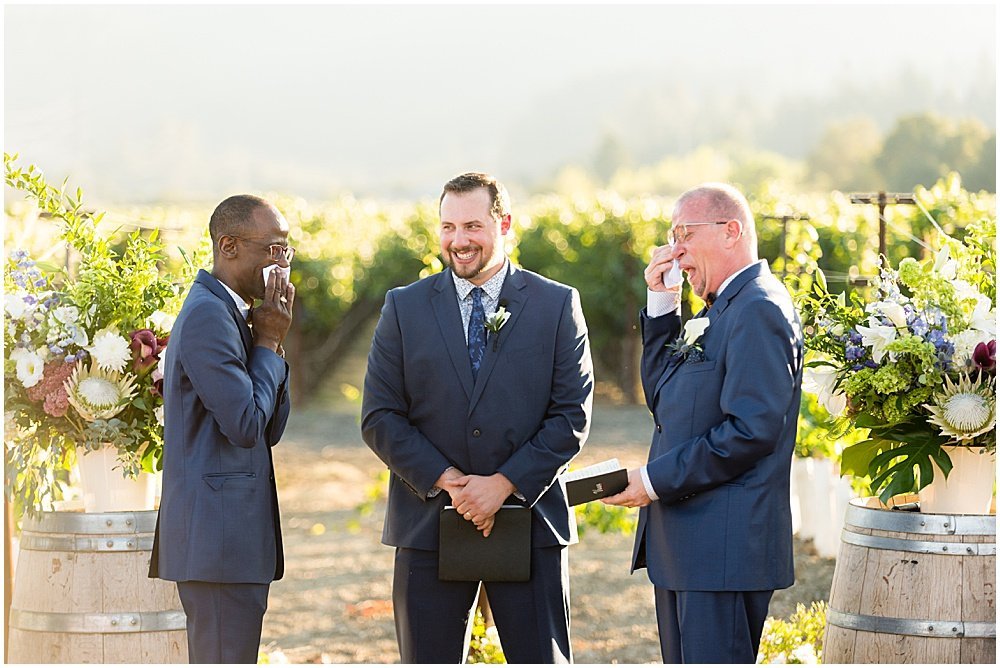 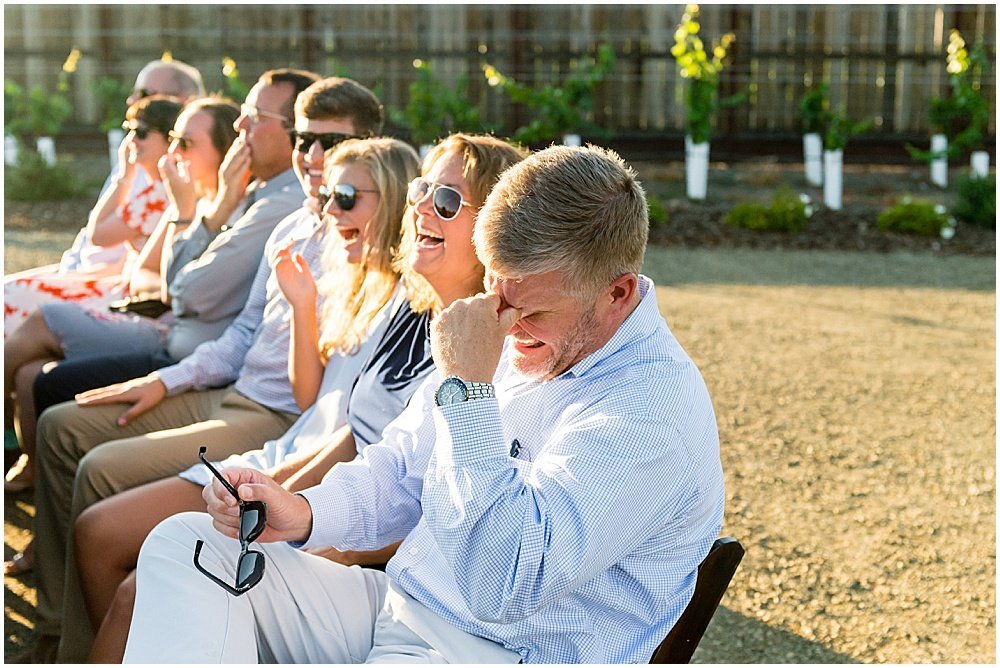 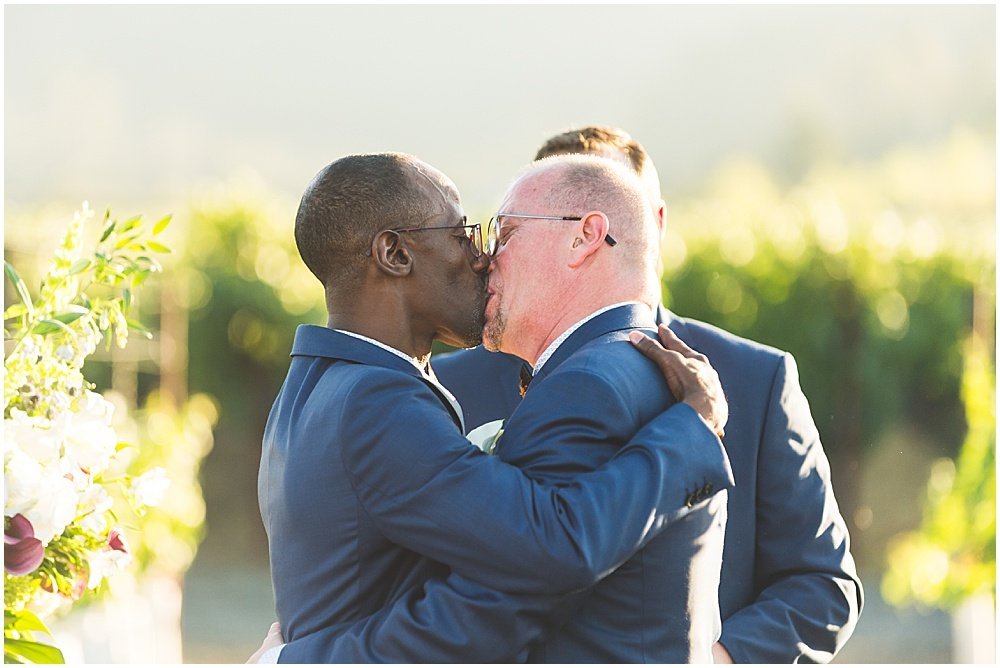 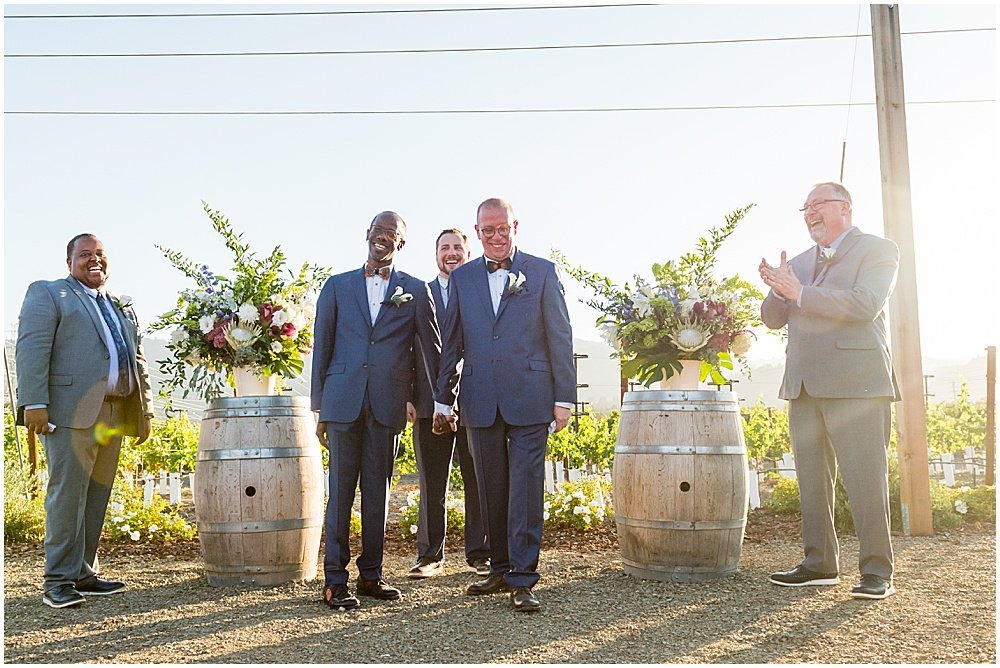 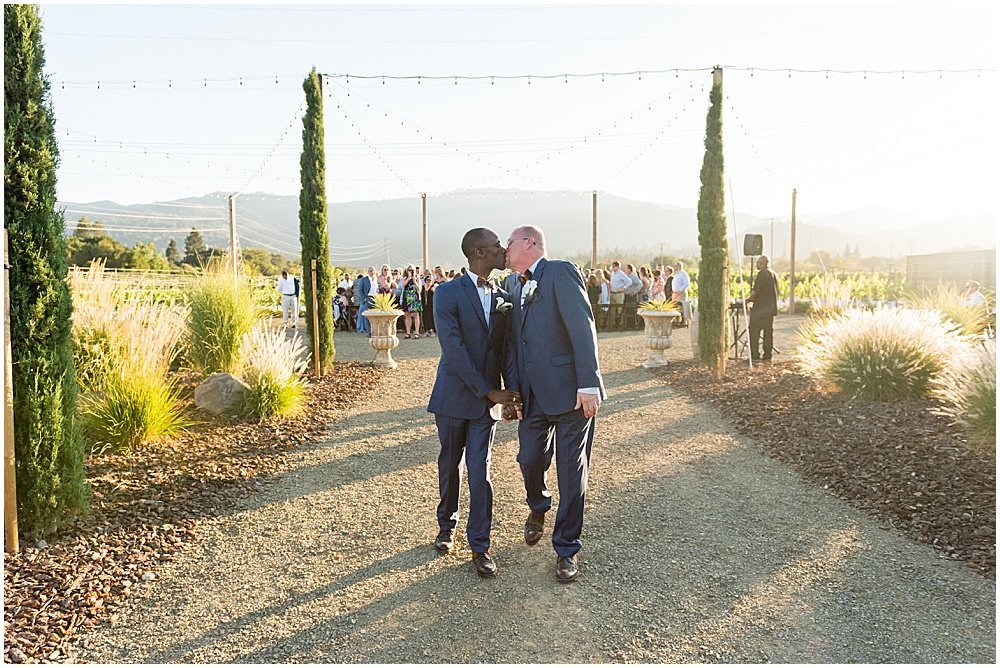 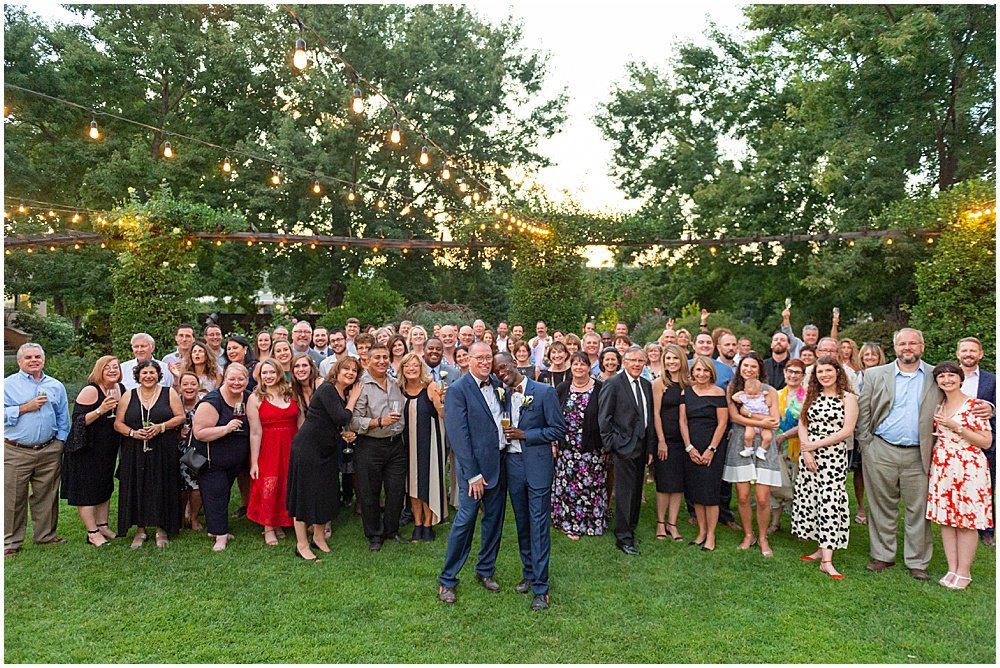 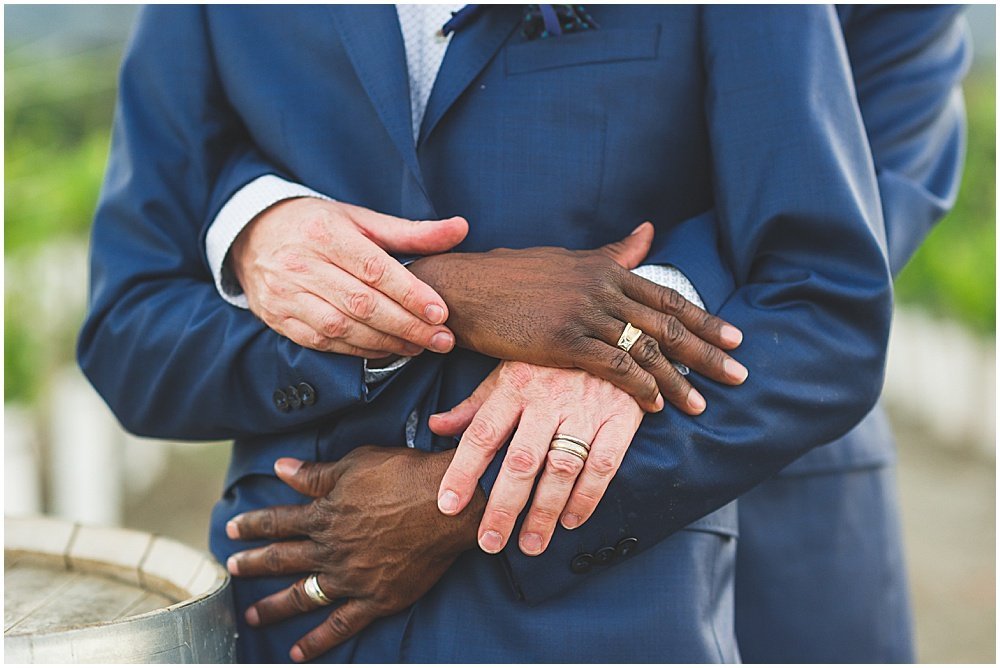 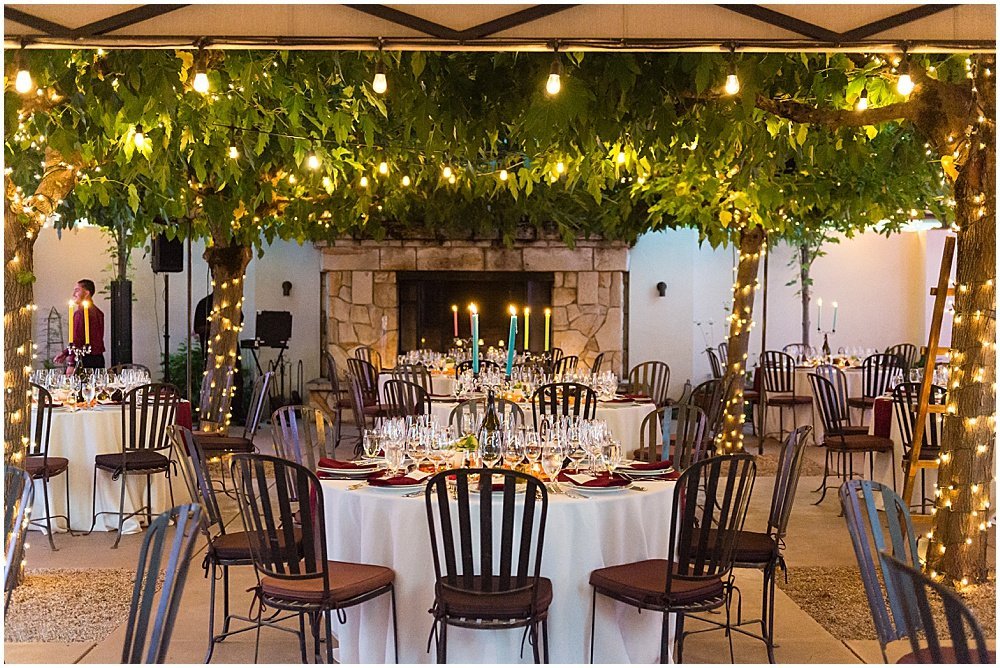 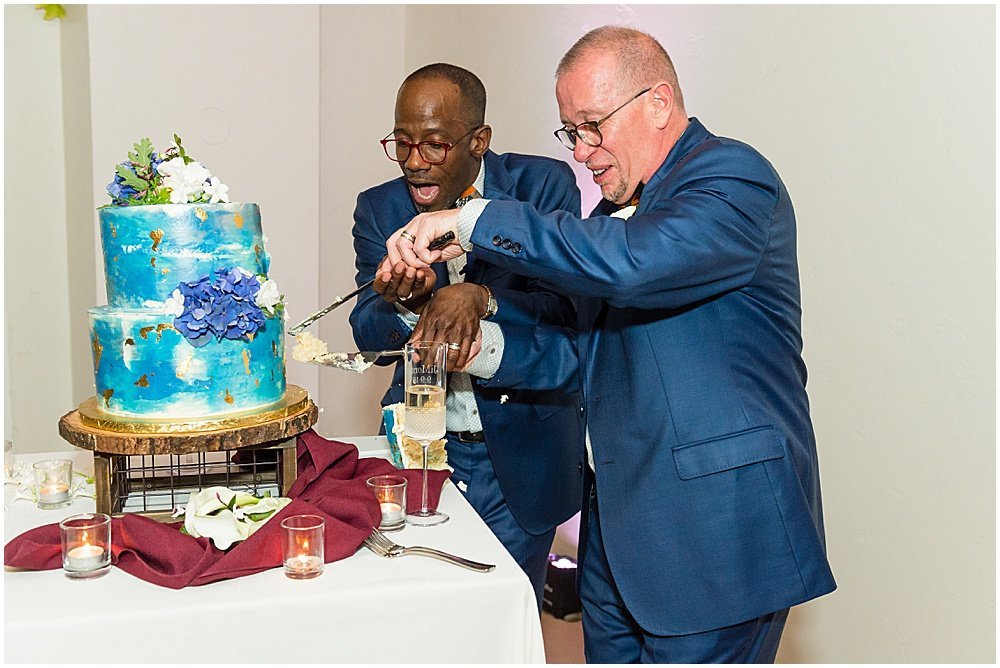 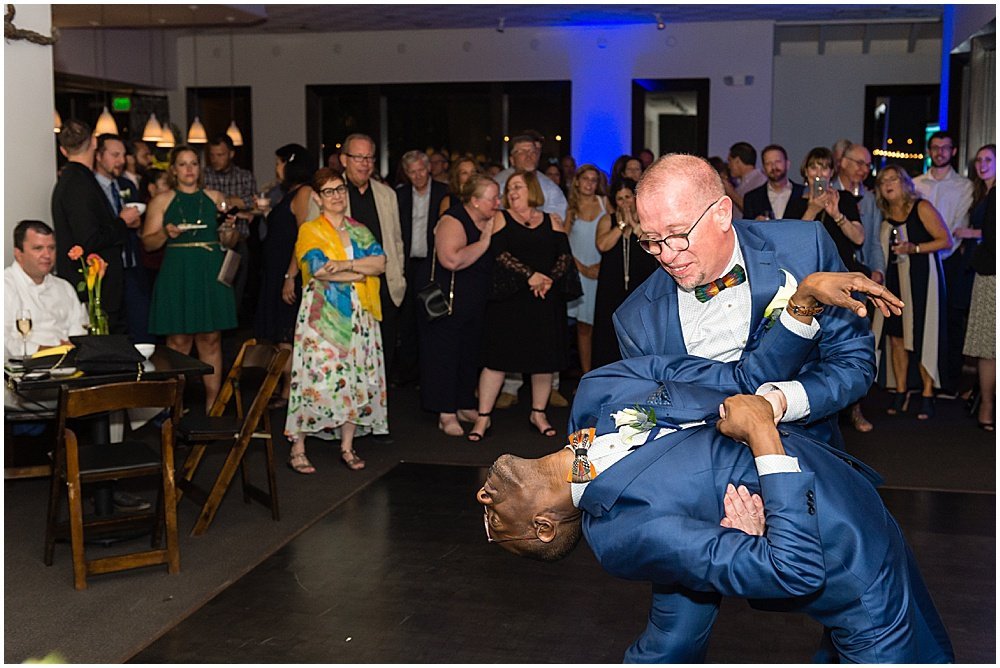 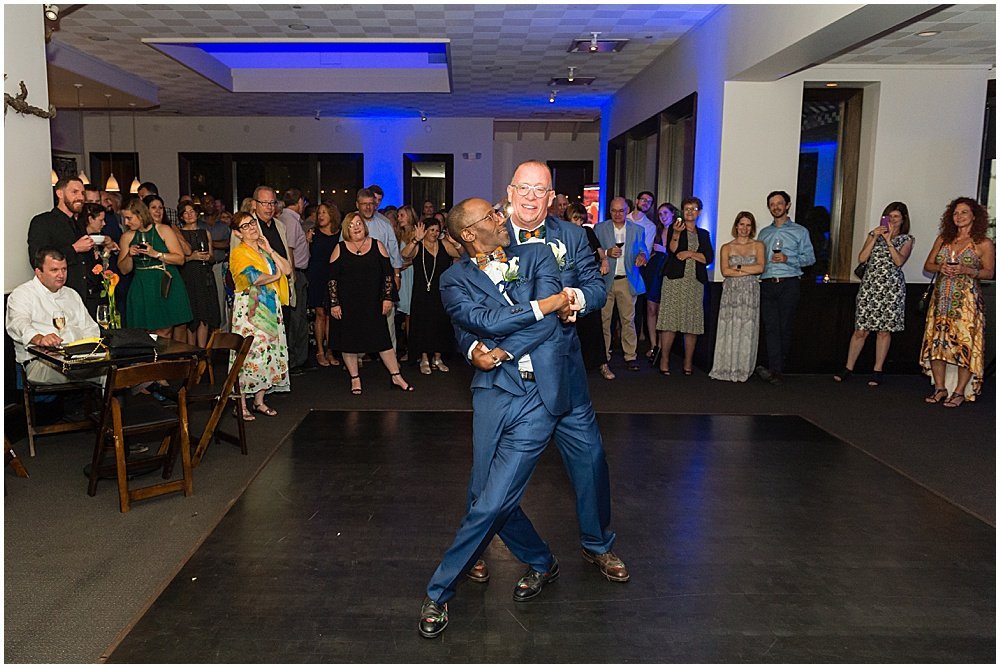 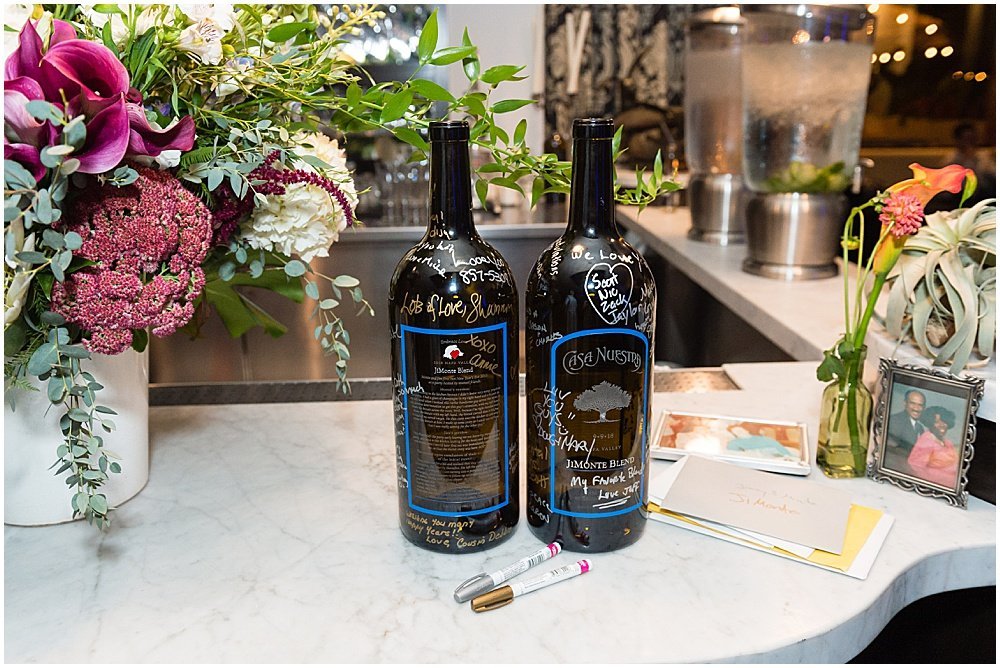 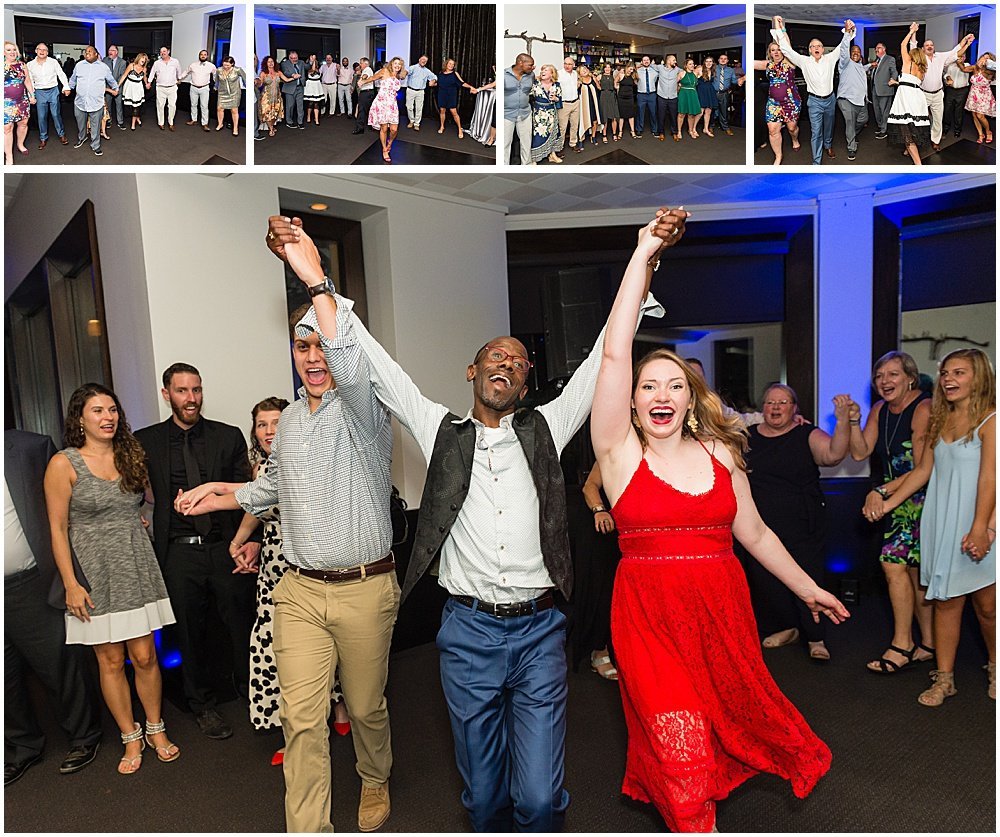 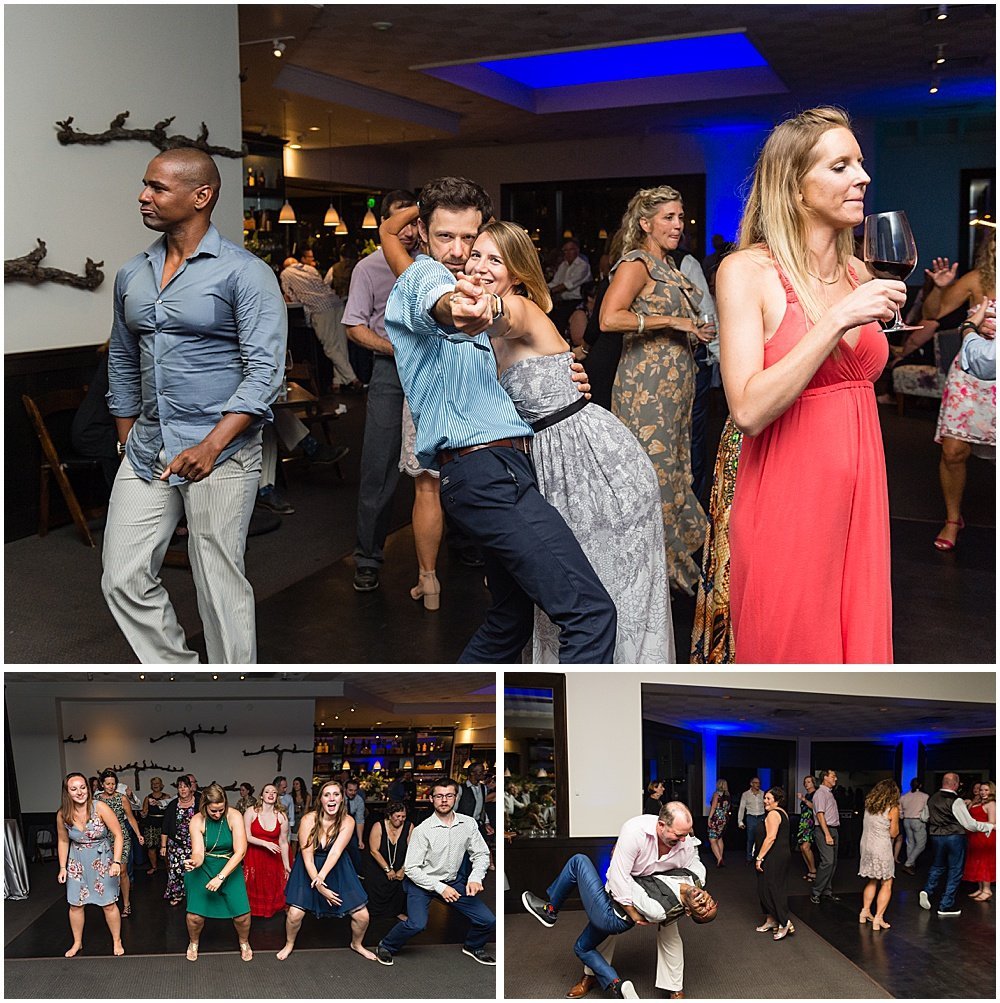 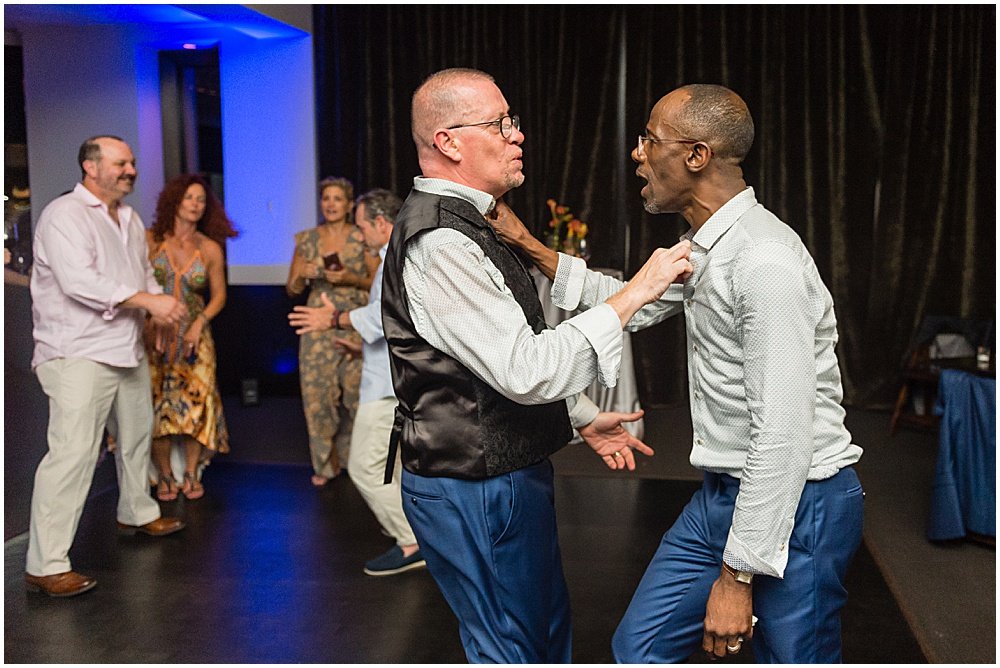 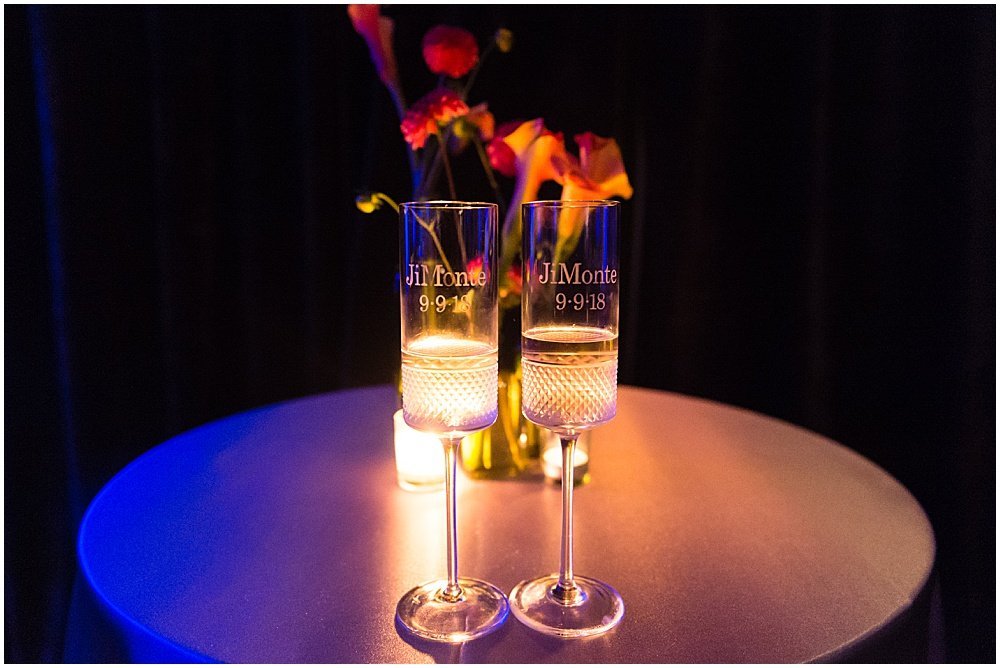 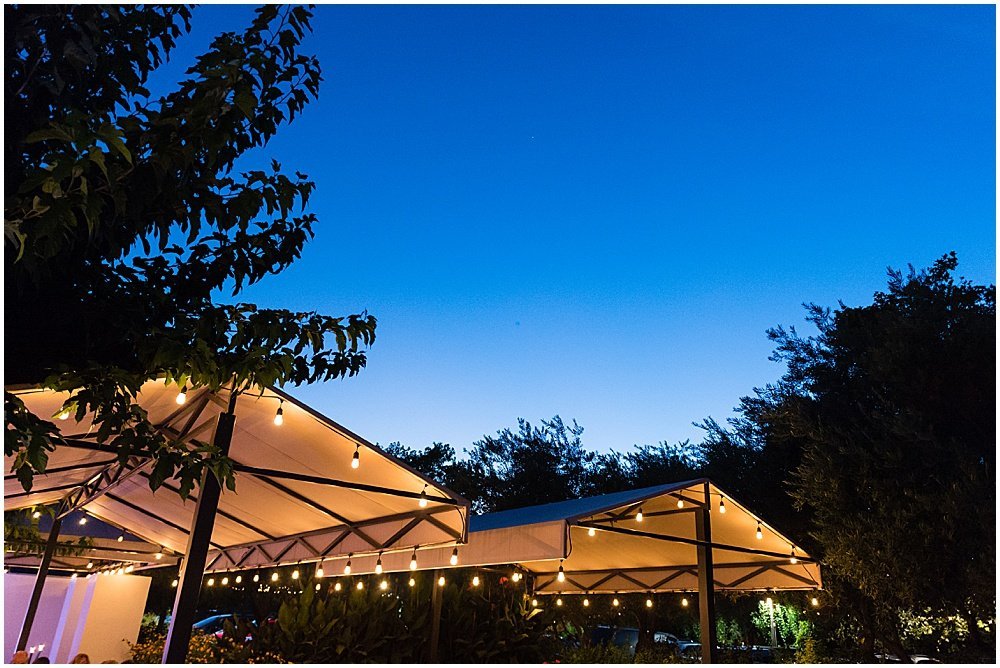 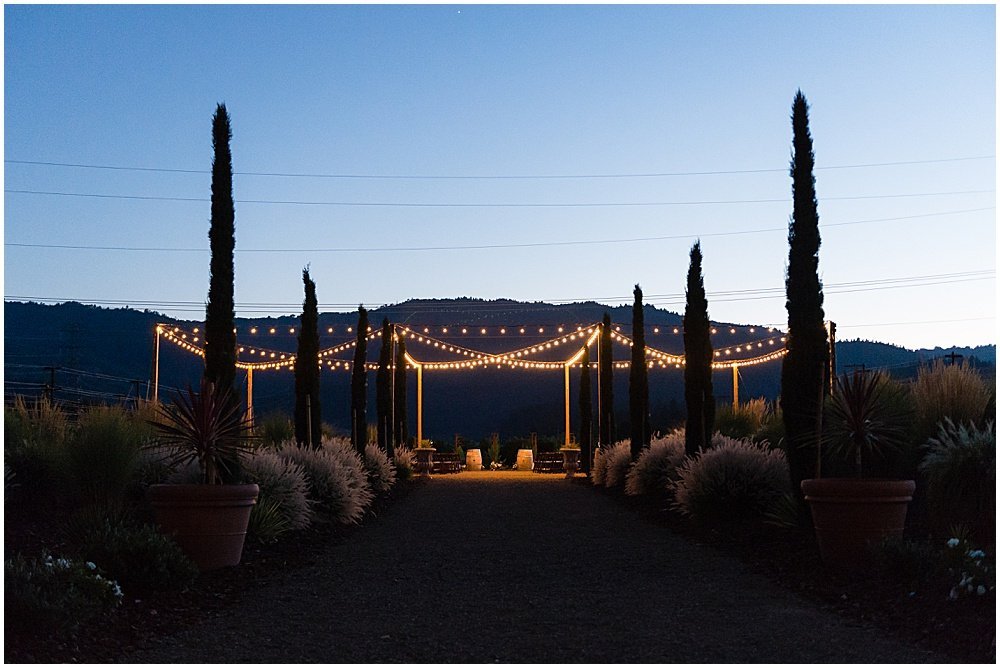